Understanding our region’s past

The Contemporary Arts Center acknowledges that our building occupies land that has been the traditional land of the Adena, Hopewell, Myaamia (Miami), Shawandasse Tula (Shawanwaki / Shawnee), and Wazhazhe Manzhan (Osage) Peoples. 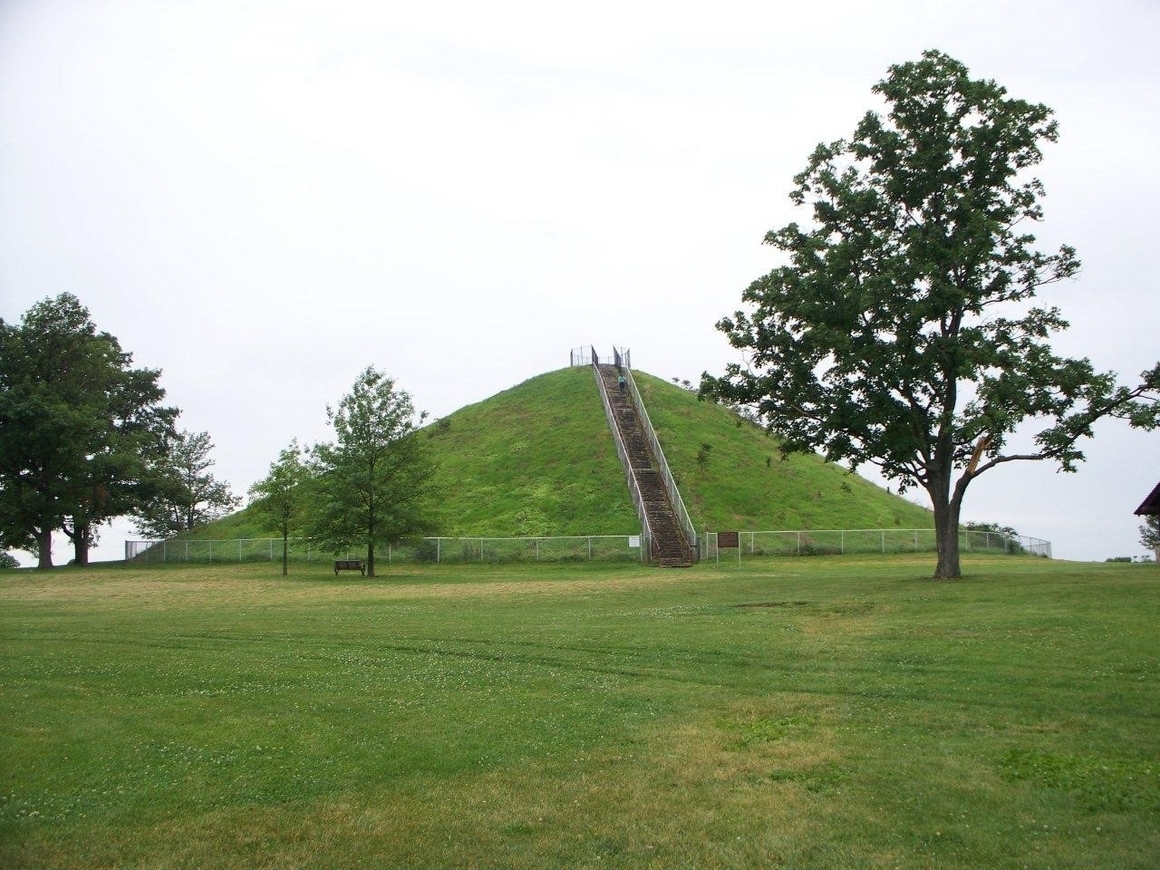 We recognize them as past, present, and future caretakers of this land. By understanding our region’s past and educating ourselves on pre-colonial and colonial history, we recognize narratives that have been whitewashed or erased.

Walking down 6th Street to the Contemporary Arts Center, it’s impossible to find vestiges of what the area would have looked like almost 250 years ago before Cincinnati’s founding in 1788. Just prior to the settlement, the area was part of the Northwest Territory—land occupying present-day Ohio, Indiana, Illinois, Michigan, Wisconsin, and part of Minnesota—that was ceded to the United States by Britain at the end of the Revolutionary War in 1783.

According to a survey of the Miami Purchase (the land between the Miami Rivers) by John Dunlap in 1789, the area was full of white oak, hickory, and blue ash trees, streams, and creeks. The valley, where downtown Cincinnati now stands, was the living and hunting ground for various Indigenous peoples for centuries before the English unjustly gave it to the newly founded United States. Throughout the wooded valley were mounds; the largest of which are noted on the map created by Daniel Drake in 1815 [pictured here]. These and more—William Henry Harrison described the area to be “literally covered” with various types of earthworks—filled the basin where buildings and streets now sprawl. 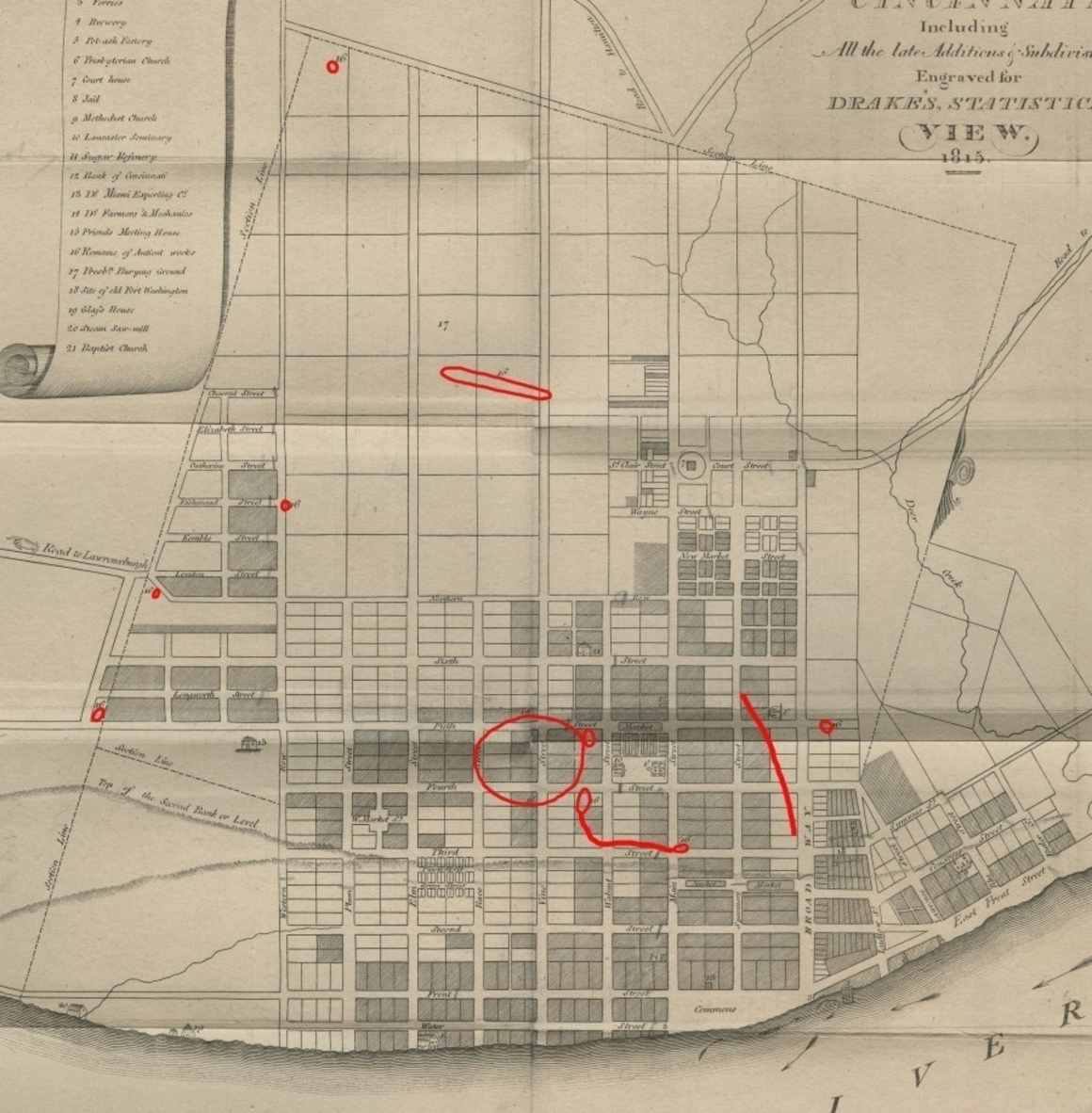 Daniel Drake’s 1815 map of Cincinnati with “Remains of Ancient works” highlighted in red
DIGITIZED BY THE PUBLIC LIBRARY OF CINCINNATI AND HAMILTON COUNTY; CROPPED AND HIGHLIGHTED BY GREG HAND

Created by the Adena (c. 1000 BC – 100), and later the Hopewell (c. 200 BC – 500), these mounds served as burial and ceremonial sites for the prehistoric cultures that lived in the area. Right across the street from the CAC, where Fountain Square is located today, stood a large mound, similar to the Miamisburg Mound [pictured here], that “extended from the west side of Race street [sic] nearly to Walnut, and from a little above Fifth street [sic] to a little below Fourth street [sic]. It was about eight hundred feet from east to west, and six hundred and sixty feet from north to south.” Excavations of this mound show the work of exquisite makers in clay and stone. Today, the only reminder of Indigenous presence in Cincinnati is Mound Street in the West End. Of the over 10,000 mounds and earthworks in the central Ohio Valley, only about 1,000 remain.

Descendants of the Hopewell culture were spread across Ohio creating the Myaamia (Miami) and Wazhazhe Manzhan (Osage) tribes. The Shawandasse Tula (Shawnee) consider the Central Ohio River Valley their ancestral homeland. Through unfair treaties like the Greenvlle Treaty (1795), battles such as The Battle of Thames (1813), and bills like the Indian Removal Bill (1830), Indigenous peoples were forced out of the Ohio Valley.