A Permanent Home for the CAC

In 1997, the CAC acquired a narrow parcel of land for a permanent location on the corner of 6th and Walnut.  A selection committee, comprised of the CAC’s Director and Trustees and advised by local architecture experts, was formed to find the architect for the building. The committee narrowed the field of over 300 architects first to 97, then to 12, and finally 3 finalists: Daniel Libeskind, Bernard Tschumi, and Zaha Hadid. A unanimous choice emerged—Zaha Hadid.

Zaha Hadid (1950, Baghdad – 2016, Miami) consistently pushed the boundaries of architecture and urban design. Her work encompassed all fields of design—striking structures, furniture, jewelry, lighting, and shoes. She was described by The Guardian as the "Queen of the curve," who "liberated architectural geometry, giving it a whole new expressive identity." Known for challenging popular convention, Hadid stood out as the only female independent designer among today’s most elite architects.

Born in Iraq in 1950, Hadid received a degree in mathematics from the American University in Beirut and studied at the Architectural Association School in London where she won the Diploma Prize in 1977. Establishing her own practice in London in 1979, she soon gained international attention with her groundbreaking plan for the Peak International Design Competition for Hong Kong in 1983. The influence of Suprematism and the early 20thcentury Russian avant-garde inspired her to experiment with painting as a design tool in lieu of traditional architectural drawing. The drawings and paintings for the Contemporary Arts Center offer a compelling understanding of Hadid’s goals for the CAC’s new home. 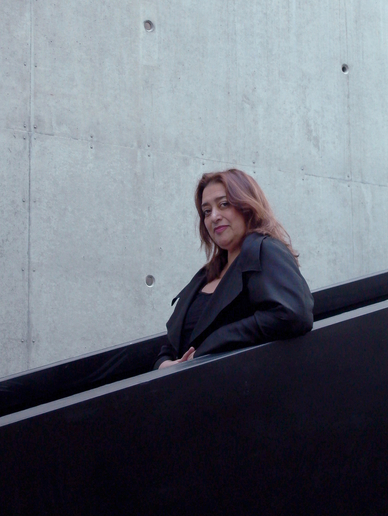 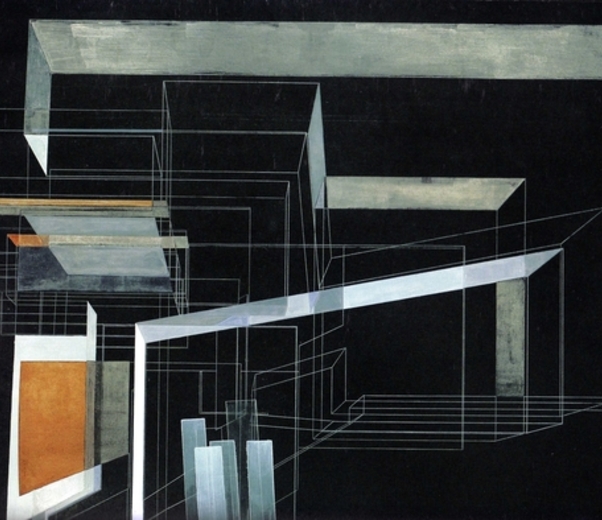 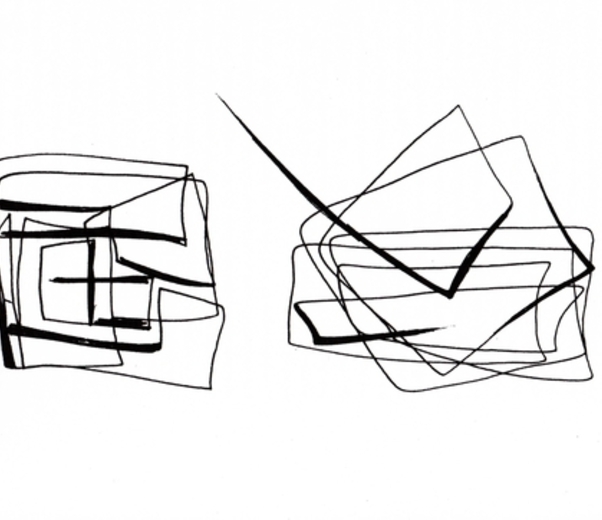 In 2004, she became the first female recipient of the Pritzker Architecture Prize, which is the equivalent to the Nobel Prize for Architecture.  In 2008, she was listed as one of Forbes Magazine’s “100 Most Powerful Women,” and in 2010, Time Magazine named her one of the “100 Most Influential People in the World.”  She received the Stirling Prize in 2010 and 2011, and in 2012, she was made a Dame by Queen Elizabeth II for services to architecture. In 2016, she became the first woman to be individually awarded the Royal Gold Medal from the Royal Institute of British Architects.

The decision to hire Hadid was in keeping with the CAC’s history of promoting emerging or undiscovered contemporary artists.  Though Hadid had been the subject of adulation, study and controversy, and international critical acclaim, she had only completed three freestanding buildings during her career.  As a largely untested architect, a woman, and an Arabic Muslim, Hadid had not found the construction world easy to enter. Our renowned building is Hadid’s first American building, and is the first American museum building designed by a woman. Groundbreaking took place in May 2001 and the new Center opened to rave reviews on May 31, 2003.  The seven-story, 82,265 square-foot Contemporary Arts Center is named the Lois & Richard Rosenthal Center for Contemporary Art after the CAC’s former Chairman of the Board and the most generous contributor to the new building. 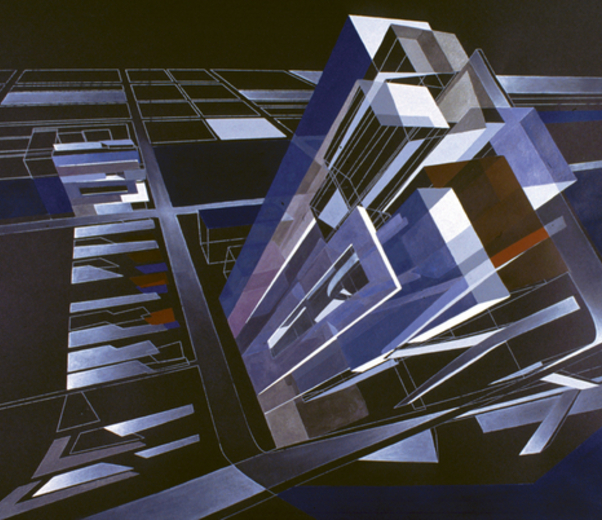 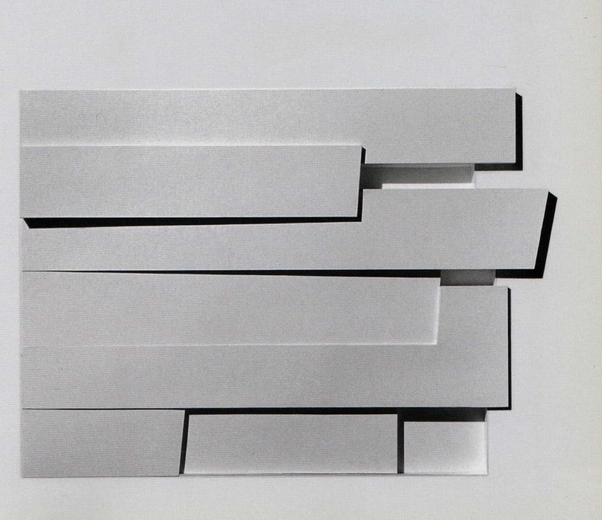 The structure is emblematic of Hadid’s early style—cutting edge Deconstructivist architecture filled with acute and obtuse angles, open and compressed spaces. Hadid’s vision of connecting the building to the urban core is seen in the glass façade of the lobby and the Urban Carpet—the continuation of the concrete sidewalk, gallery floor, and curve up the north wall of the building. The ramp-like stairs at the back of the building zigzag against the Urban Carpet wall, guiding visitors and allowing multiple views into the Jenga-like galleries and out onto the cityscape. 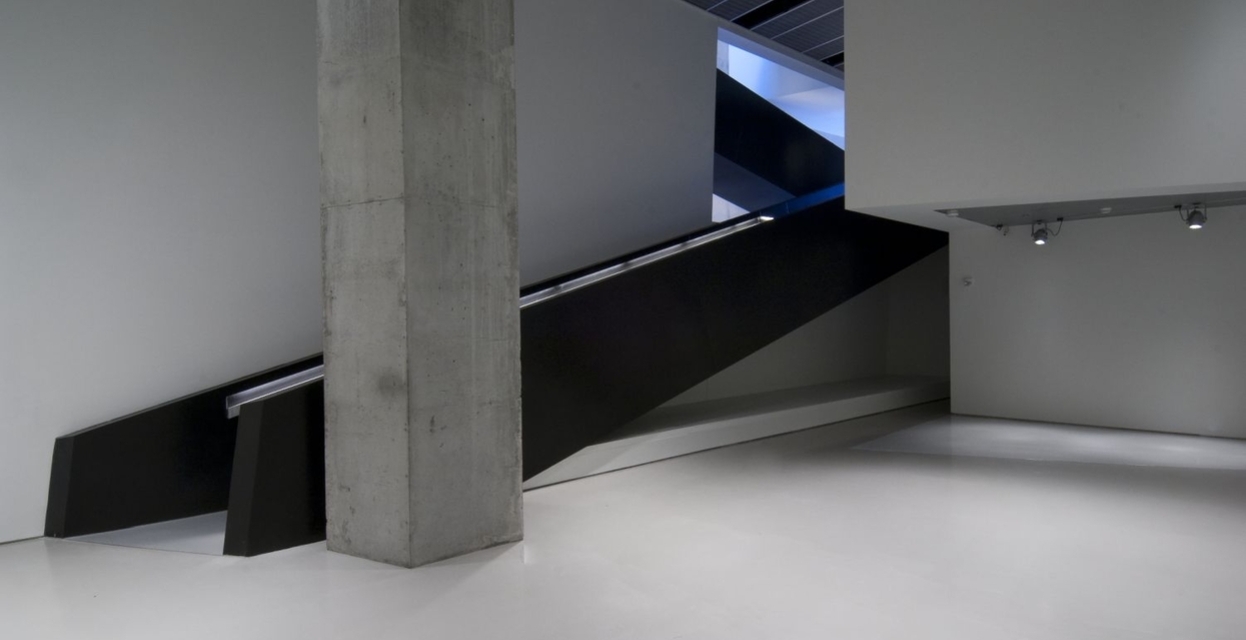 To learn more about the building, you can schedule an architecture tour.