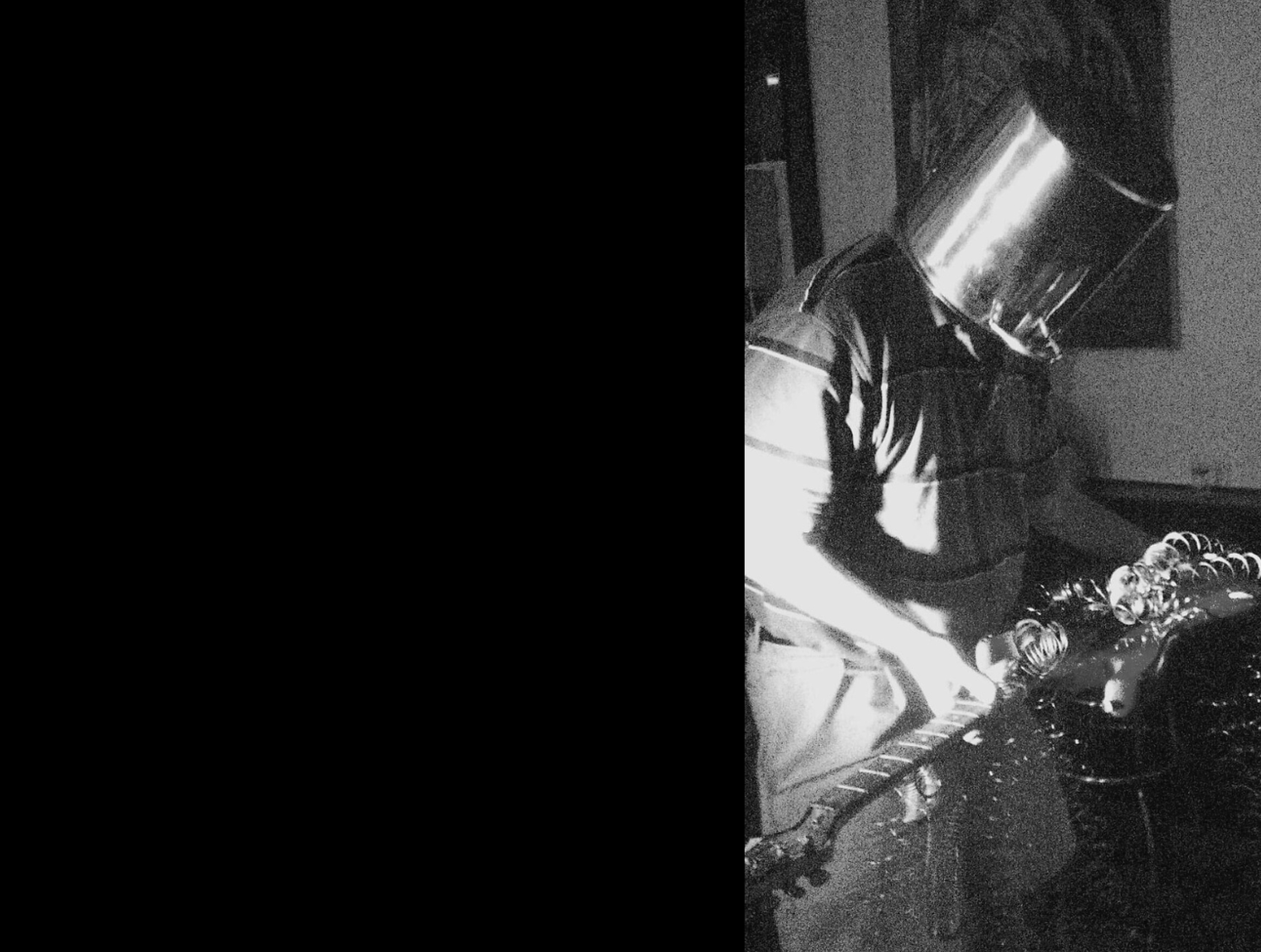 BasketShop, an artist-run space out of Cincinnati, presents a performance by Mark Shafer. Shafer performs solo works under the moniker 1/2 Mang. He also performs and builds instruments with the experimental group/space Thriftsore Boratorium.

Shafer was a singer/song writer for the influential Cincinnati punk band The Twerps, and now plays in the sandbox of the Cincinnati post-punk scene.

This performance is brought to you by BasketShop as part of their participation in the Artist-Run Spaces exhibition, on view until September 11.

Registration is not required for this free event, but it is highly encouraged.

Mark Shafer has been involved in creating forums for Art Circuitastrophe, which was an event inspired by the Bent-Fests after collaborating with Reed Ghazala who wanted a psychedelic Human-Be-In. Be-In was a three day international symposium in Cincinnati in 2008. Circuit Bent Artist performed, made instruments, gave symposiums, and did workshops. It was an event coordinated through various galleries, performance spaces, and institutions throughout Cincinnati. The symposium hosted a Be-In at Ft Ancient, where the CAC had a symposium of art and technology.