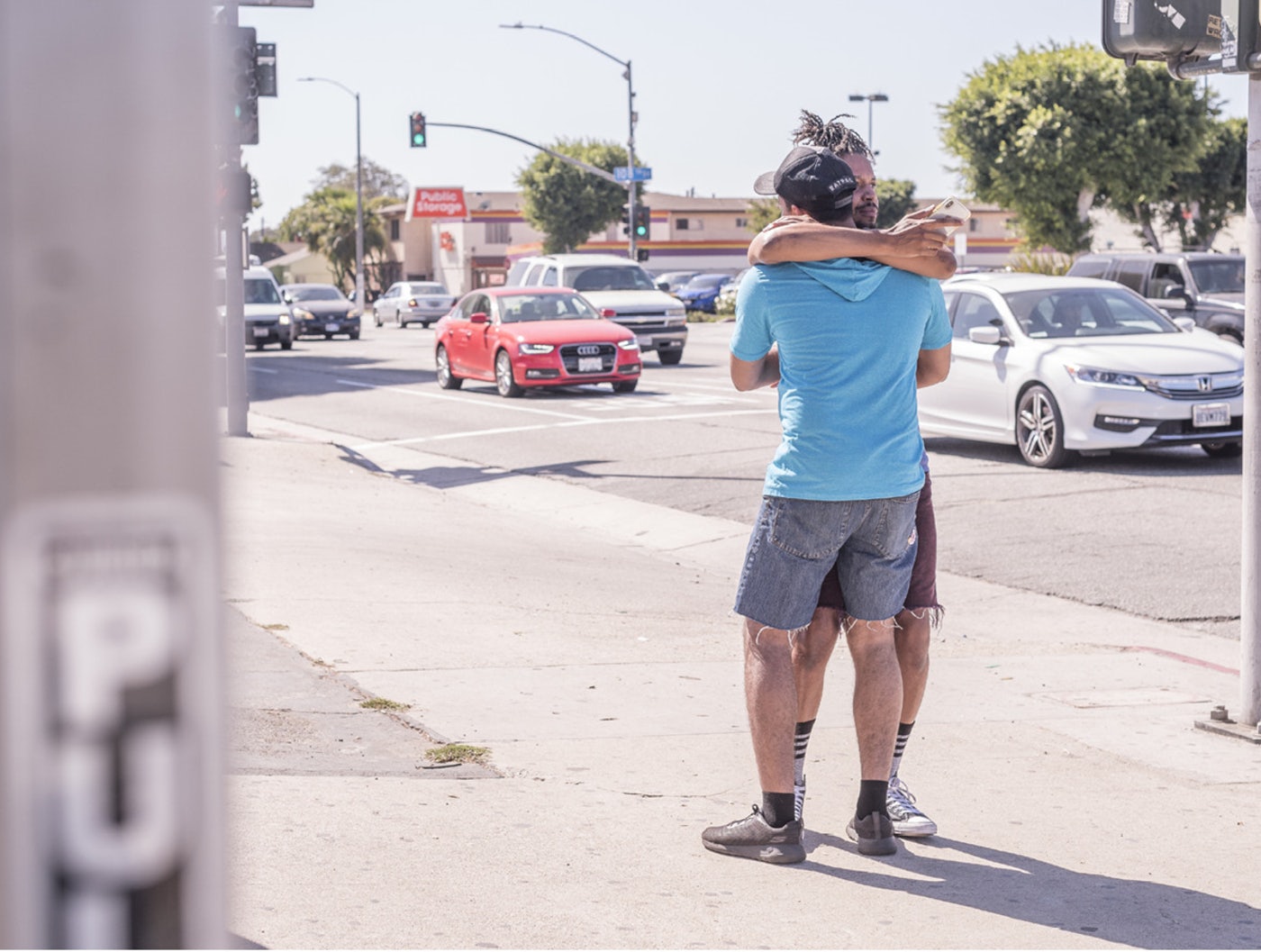 **TO ENCOUNTER THIS EVENING'S PERFORMANCE**

Meet at Bunker Alley and E 12th Street at 6PM. The performance will meet you there, and proceed through the neighborhood. It will end at 7PM close to the point of origin.

Free / CAC box office representatives will be taking (pay what you can) donations at the meeting point of each performance.

Let ‘im Move You is a series of works choreographed by jumatatu m. poe and Jermone Donte Beacham that stem from their decade-long research into J-Sette performance. Initial research for the series absorbed the artists’ curiosity about the performance of joy and the conundrum of Black joy. The series began in the summer of 2013 while jumatatu and Donte were at a residency through Tanzrecherche NRW. The series currently consists of four live performance works and an installation. Intervention brings together a group of Black dancers for a live outdoor performance work on sidewalks and in alleyways in historically or predominantly Black neighborhoods.

First performed in June of 2016 by jumatatu m. poe and William Robinson (also performing with the duo in Portland), Intervention was a small intervening street performance that traveled through three respective Black neighborhoods in Philadelphia. The work screamed out in response to the Pulse Nightclub massacre that happened just two weeks prior in Orlando, FL.

While it was originally funded independently, performed out of aching necessity, the work has been developed alongside other work of jumatatu and Donte’s Let ‘im Move You series of performance and visual works. From the Let ‘im Move You series, iterations This is a Success and A Study were performed at the CAC in November 2019 within the exhibition “Art and Race Matters: The Career of Robert Colescott.” The latest project within the series, This is a Formation, was co-commissioned by the CAC as part of the National Performance Network/Visual Artists Network (NPN/VAN) Creation & Development Fund, in partnership with Bates Dance Festival, BAAD! Bronx Academy of Arts and Dance, Abrons Arts Center/Henry Street Settlement, Museum of Contemporary Art Chicago, Dance Place, and PICA (Portland Institute for Contemporary Art).

This project is supported by a National Performance Network (NPN) Artist Engagement Fund, with funding from the Doris Duke Charitable Foundation, the Andrew W. Mellon Foundation, and the National Endowment for the Arts (a federal agency). For more information, visit www.npnweb.org.