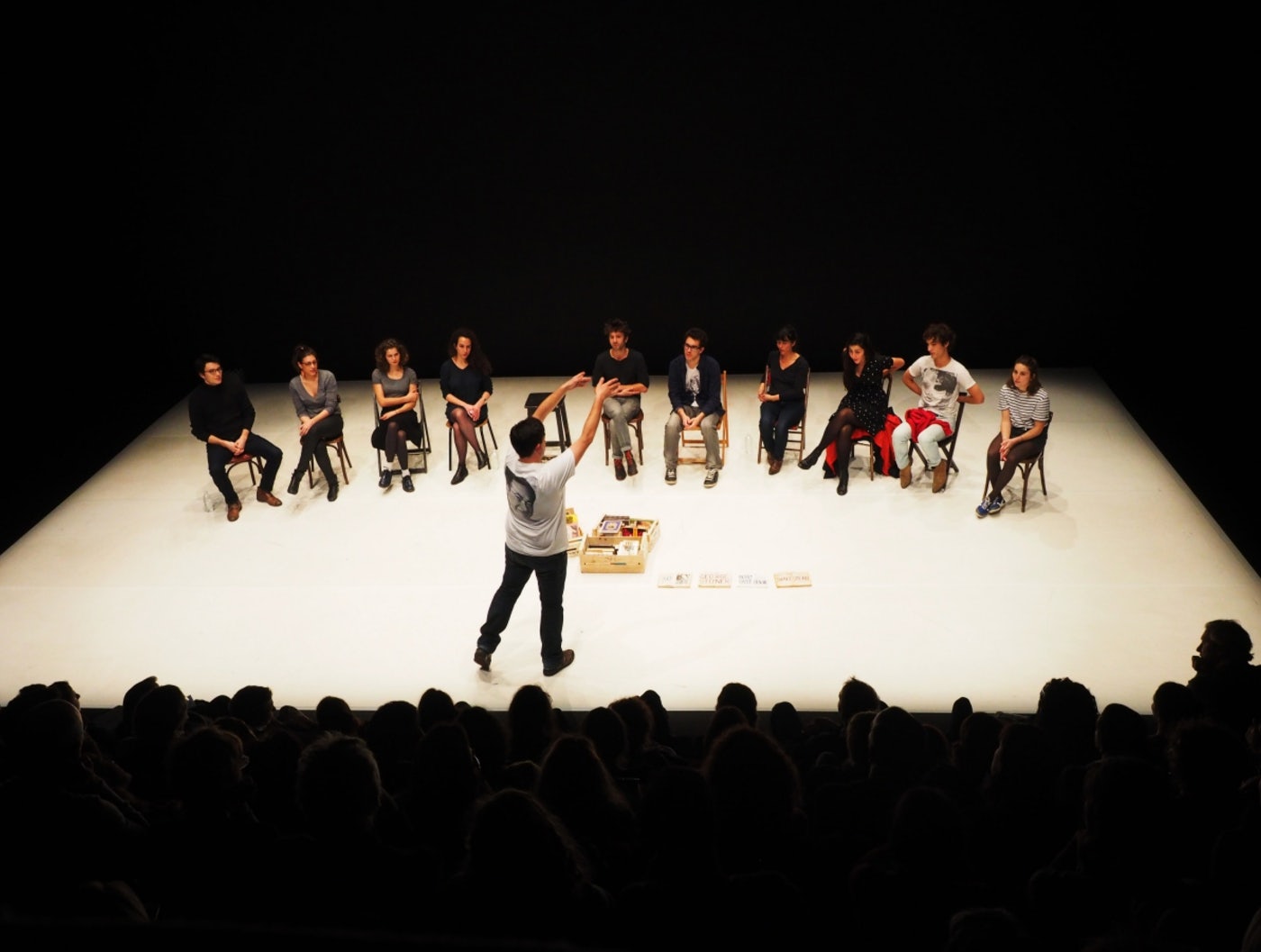 Midwest Premiere | Brian Phillips, Producing Artistic Director of the Cincinnati Shakespeare Company, will lead a post-show talk with Tiago Rodrigues following the opening night of By Heart on September 28.

‘Once 10 people know a poem by heart, there’s nothing the KGB, the CIA or the Gestapo can do about it. It will survive.’ – George Steiner

In By Heart, Portuguese playwright and actor Tiago Rodrigues teaches a poem to 10 volunteers. These people have not seen the performance before and they have no idea which text they will learn, by heart, in front of the audience.

As he leads them through the poem, Rodrigues recalls stories of his grandmother, who is losing her sight and with it the ability to read, along with stories of writers and characters from books that are connected to them both. Unlikely associations emerge – between Nobel Prize winner Boris Pasternak, a cook from the north of Portugal, and a Dutch television show – and the mystery behind the chosen poem begins to unravel.

By Heart is about the importance of communication, of how words and ideas are stowed away and smuggled through our memories, our minds and our hearts. It’s about theatre as a safe house for forbidden texts – a guarantee of civilisation and resistance even in the most barbaric and desolate times.

“… so deep, so intelligent and so magnificent that we came out of it profoundly moved… Rodrigues is a poet, a seer, and an artist that drives us, without any safety net, through the slippery paths of memory and poetry, of the meaning of literature and death, of theatre.”
– Le Figaro

Duration: 75 minutes
By Heart will be performed in English

Text With Fragments and Quotes By: William Shakespeare, Ray Bradbury, George Steiner, Joseph Brodsky, among others 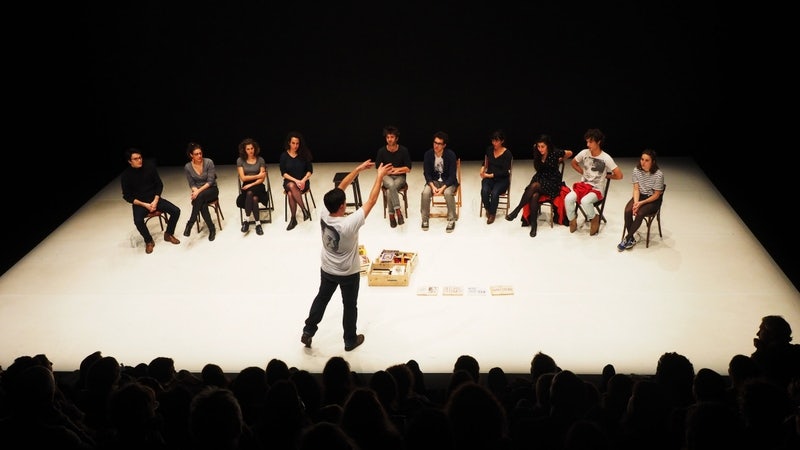 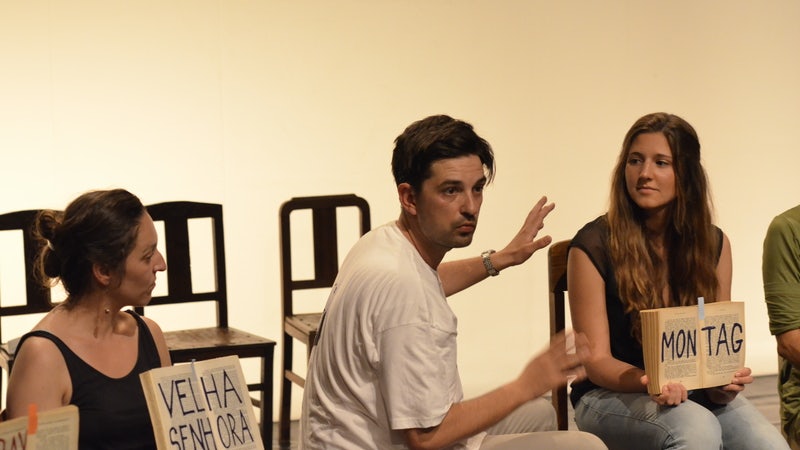 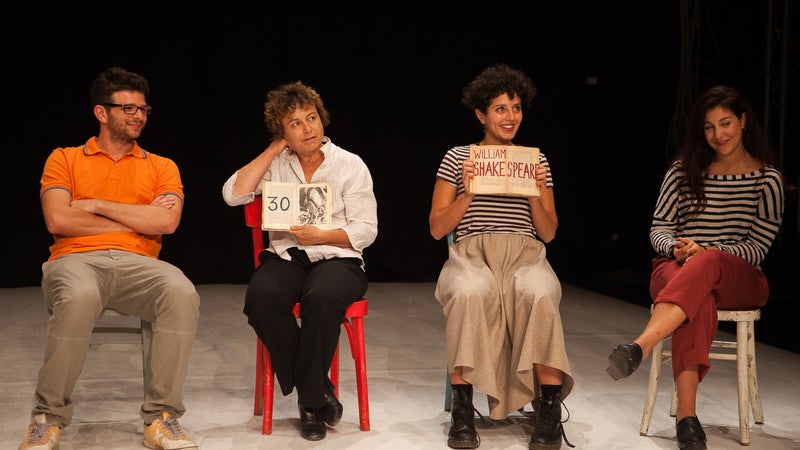 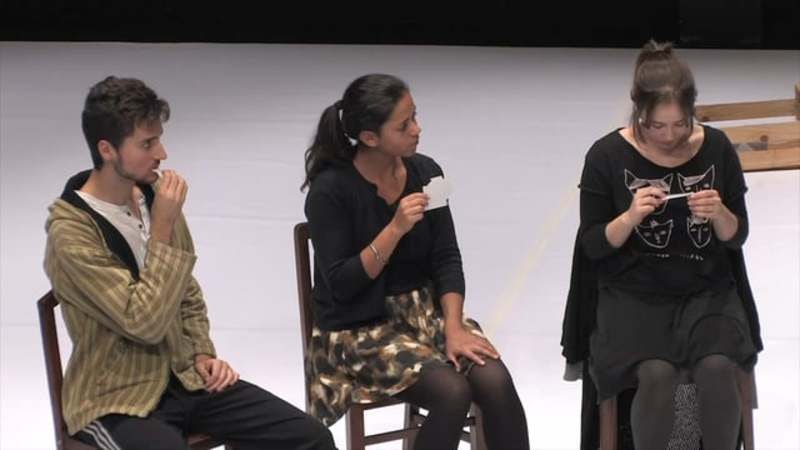