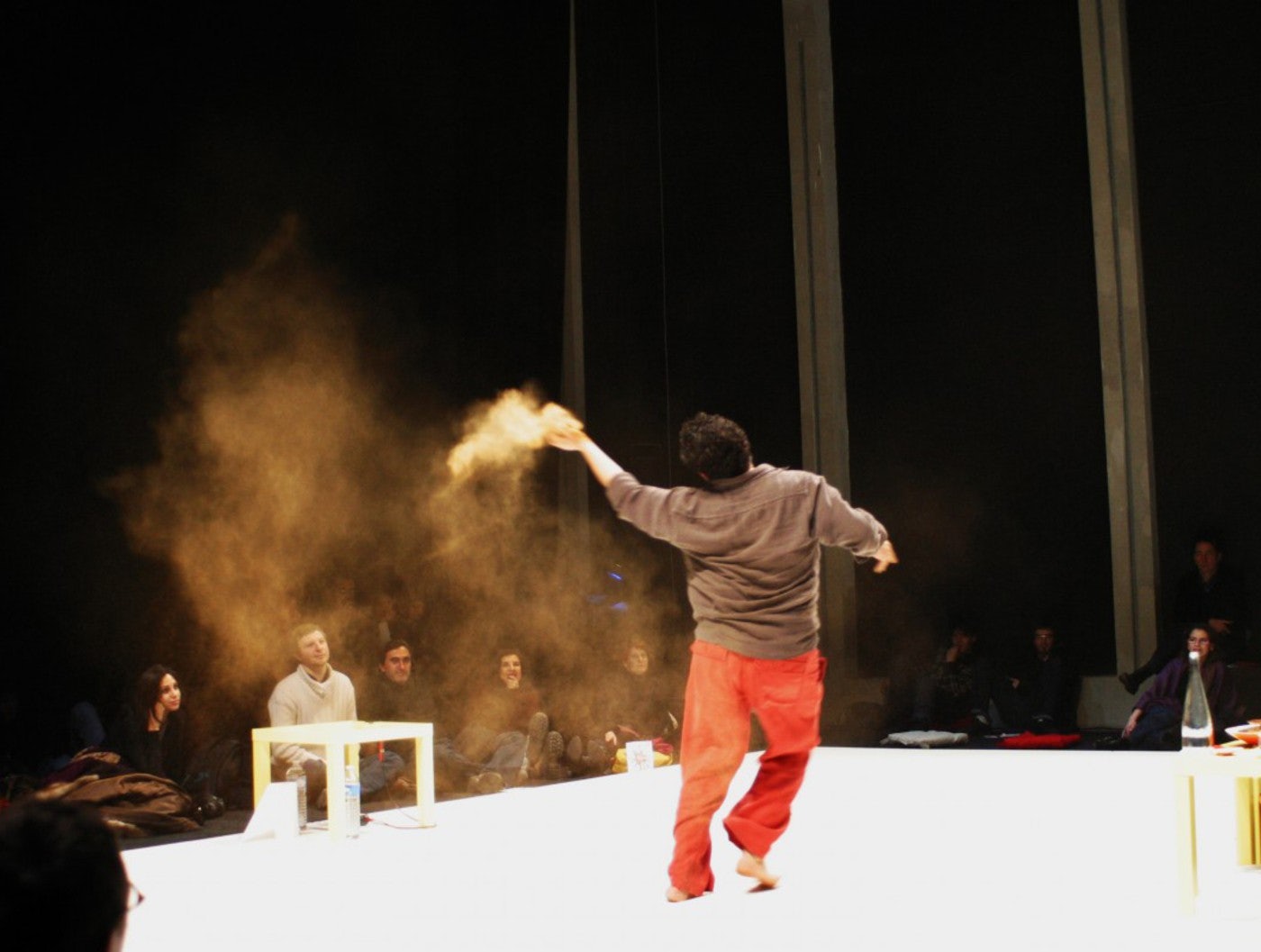 Throughout his life, French-Tunisian choreographer Radhouane El Meddeb has carefully observed his mother and aunts preparing couscous, the Tunisian national dish served at his family’s gatherings from marriages to circumcisions to mourning rituals. One same dish for the different events which punctuate existence.

In Je danse et vous en donne à bouffer, Radhouane expresses his love of preparation, and the sensuality of food in a form of sacredness and performative-sharing. Here, Radhouane is immersed in his loves of dancing and cooking, creating and celebrating a bridge between the two. Equipped with his couscous maker, he prepares a meal and dances with all the grandeur inspired by these two arts. Between tomato concentrate, zucchini, carrots and cinnamon: a leap, a glance, a suspension, or a rupture. Between the semolina and a chassé croisé, the dish simmers. This dazzling choreographic offering evokes all the senses in an almost synesthetic experience, the audience seized by the scents drifting through the air and captivated by the movement infused with generosity and poetry.

“An understated and beautifully-executed exploration of gender, culture, and the sacred… it lingers deliciously in the mind.” – The Portland Mercury 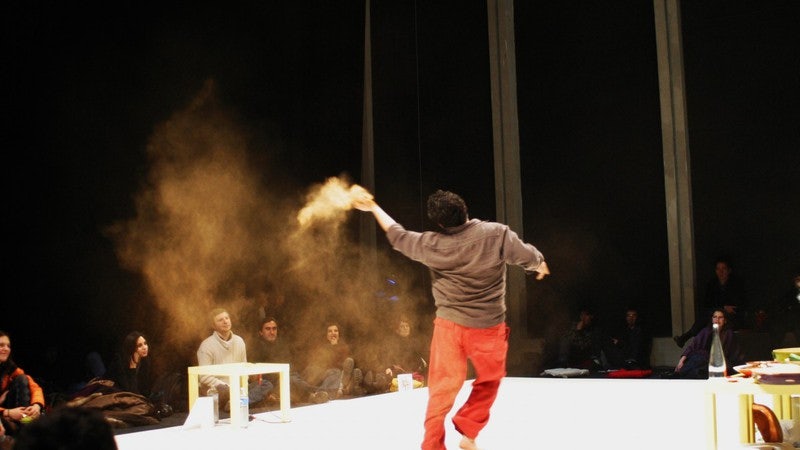 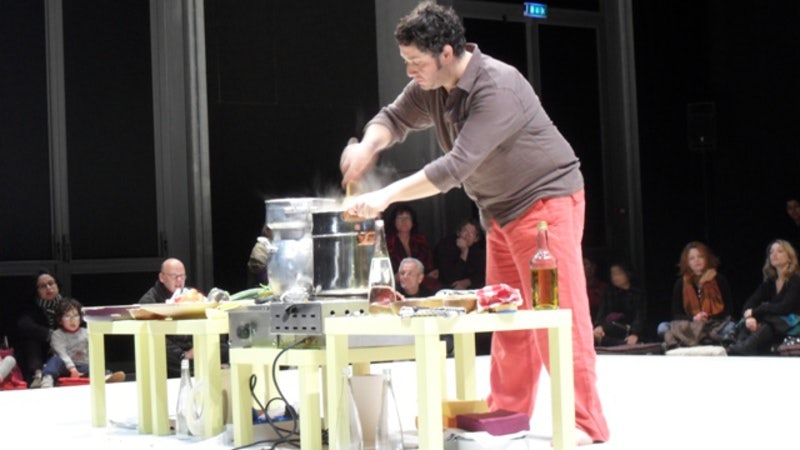 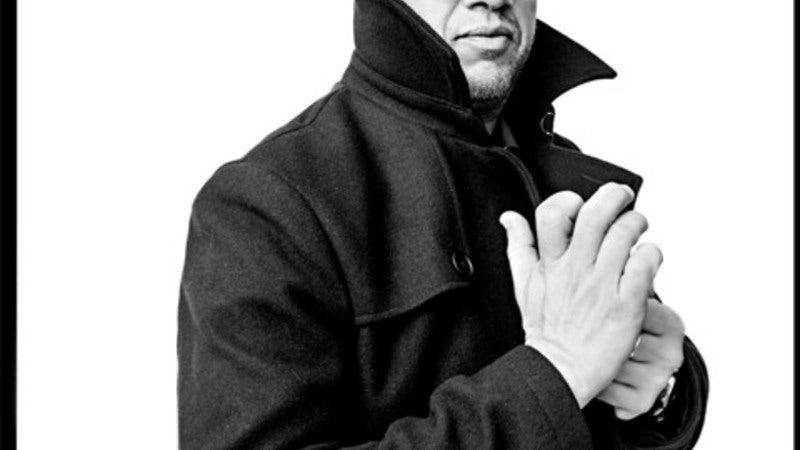