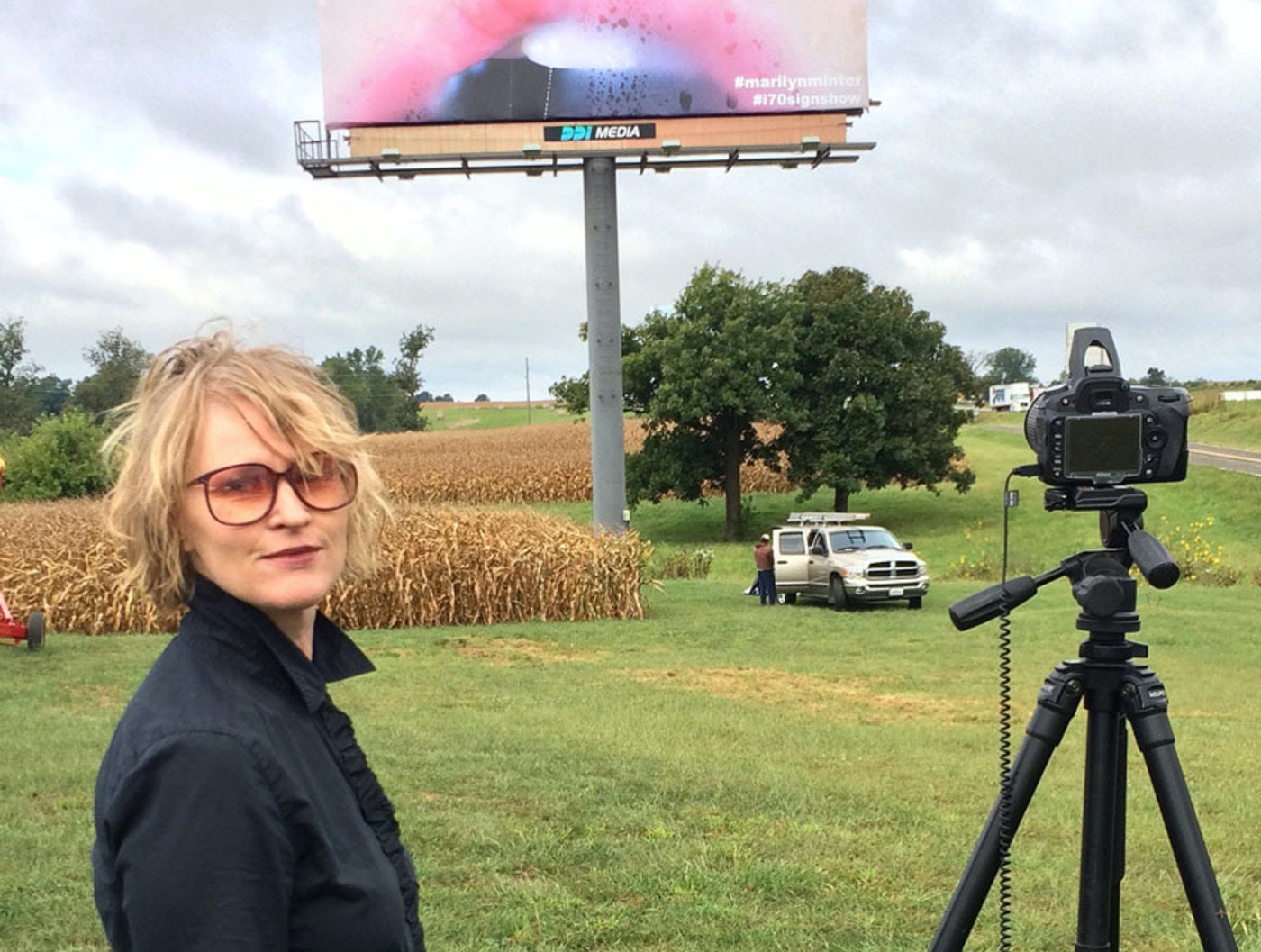 FREE for all visitors!

In this talk, artist and Cincinnati-native Anne Thompson will discuss her organization and activation of billboard artworks by renowned artists into politically charged terrain along the U.S. Interstate. Her I-70 Sign Show, launched in April 2014 in Missouri, has drawn national attention for presenting images by artists including Marilyn Minter, Ed Ruscha and Mickalene Thomas. These works became flashpoints as provocative yet nonpartisan commentary on the culture-war messages that proliferate on the 250 miles between St. Louis and Kansas City – engaging hot button issues such as religion, sex, gender, guns, and immigration. In its latest iteration, Thompson’s show “travels” to Ohio as The I-71 Project, an election season collaboration with the CAC and the Columbus Museum of Art. Incorporating billboards, flashing LED signs, bumper stickers and campaign pins, I-71 amplifies her exploration of art as political critique in the context of the 2016 Clinton-Trump contest. Thompson will detail the thinking behind installations in Ohio by artists Lisa Anne Auerbach, Mel Bochner, Glenn Ligon, Ryan McGinness and Kay Rosen – elaborating on the potency of these works in the literal and metaphorical political landscape of a key battleground state.

Thompson is a visual artist, writer and curator. In addition to founding and curating The I-70 Sign Show, she photographed hundreds of existing billboards on the Missouri interstate. This conceptual archive, along with documentation of billboard installations, is on view from Oct.17 – Nov.13 as part of The I-70 Sign Show Exhibition in the CAC lower level lobby.

Thompson has been awarded fellowships from the Donald W. Reynolds Journalism Institute at the University of Missouri; Epicenter, in Green River, Utah; the Women’s Studio Workshop, in Rosendale, NY; and the DAAD (German Academic Exchange Service). Her artwork is in public collections including MIT, Harvard, the Library of Congress, the New York Public Library and the Yale Art Gallery. Thompson is a contributing reviewer to Artforum and before receiving her MFA (Yale 2002) was a foreign correspondent for The Associated Press. She lives with her husband and daughter in Columbia, Missouri.