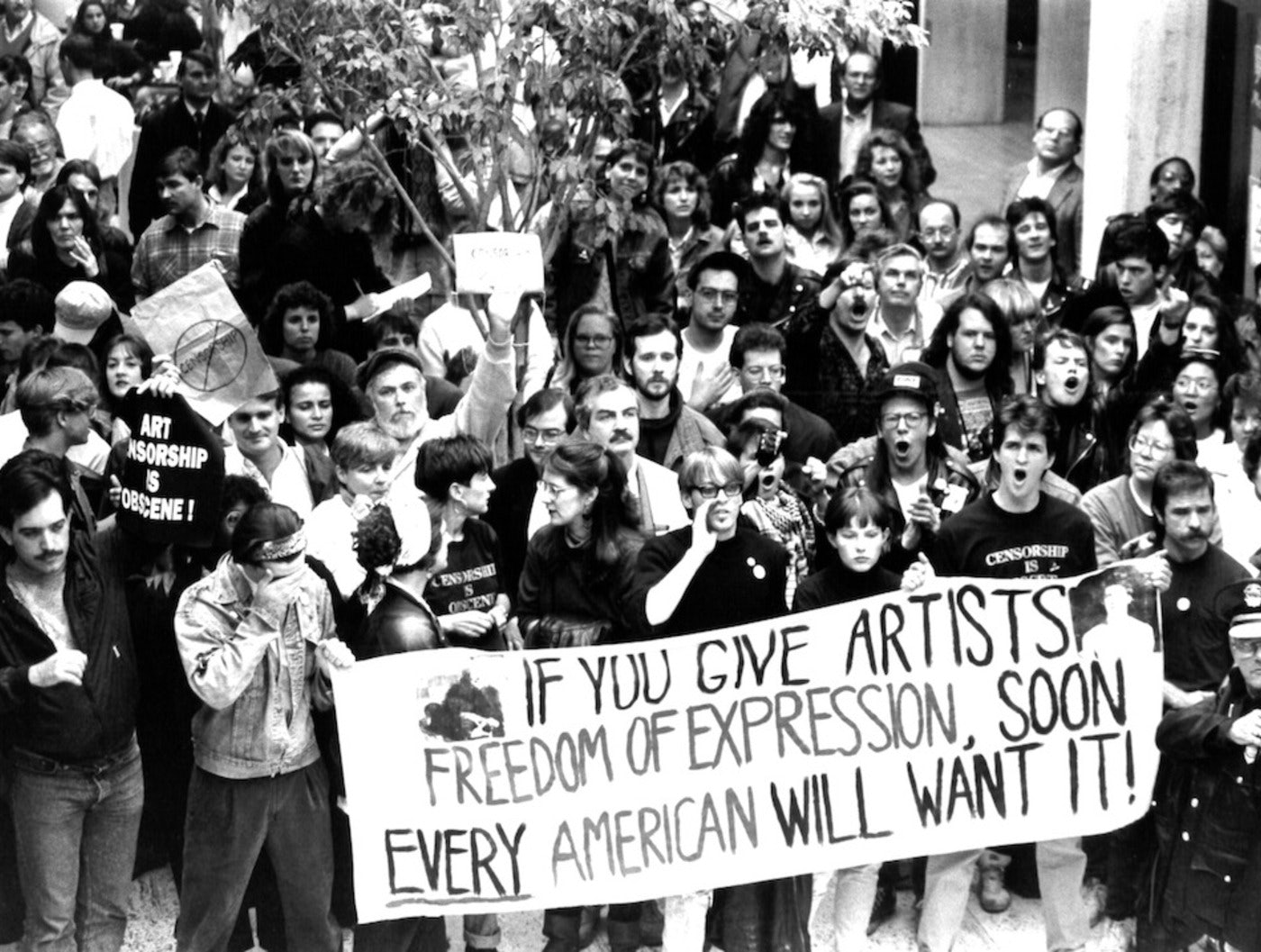 Mapplethorpe + 25 is free and open to the public. Please rsvp to all portions of the two-day symposium here.

FotoFocus and the Contemporary Arts Center (CAC) in Cincinnati, Ohio, are pleased to announce a symposium on the occasion of the 25th anniversary of Robert Mapplethorpe’s controversial exhibition, The Perfect Moment. Under the leadership of Mary Ellen Goeke, Executive Director of FotoFocus, Contemporary Arts Center Director, Raphaela Platow, and curated by FotoFocus Artistic Director Kevin Moore, the program will include an international roster of curators, critics, artists, and art world professionals who will meet for a two-day event on October 23 and 24, 2015, at the CAC, to discuss the significance and implications of the exhibition and Mapplethorpe’s career and legacy as these have evolved over the past 25 years.

Friday's live feed of Germano Celant’s Black Box keynote lecture at 7:30pm will be broadcast in the lobby, followed by a party hosted by KNOW WAVE.

10:00am Panel: The Exhibition, The Contemporary Arts Center, and Arts Censorship

Robert Mapplethorpe: The Perfect Moment opened on April 7, 1990, at the Contemporary Arts Center in Cincinnati in a climate of national cultural unrest. The exhibition immediately sparked controversy when politicians took offense to the show and the use of public funds provided by the National Endowment of the Arts (NEA) to support it, leading to the indictment of the CAC and Director Dennis Barrie on obscenity charges. Similar controversy had resulted in the cancellation of the exhibition tour at the Corcoran Gallery of Art in Washington, D.C., the previous year. The historic trial that followed–where for the first time a museum and its director faced criminal charges because of an art exhibition–brought national attention to the subject of public funding for the arts, as well as arts censorship.

Twenty-five years later, numerous reassessments of the artist’s career have prompted fresh insights. The symposium, Mapplethorpe + 25, will revolve around this revitalized interest in Mapplethorpe as curators, artists, critics and others explore the broad question: what does Mapplethorpe’s work tell us about the culture we have inherited and inhabit today?

“With the 25th anniversary of Robert Mapplethorpe’s exhibition, we wanted to revisit the past as it is the basis of history; it reminds us of where we come from and who we have become,” says FotoFocus Artistic Director and Curator, Kevin Moore. “Mapplethorpe’s work rather ambitiously proposes a far-reaching idea of universalism, of timeless values common to all of humanity across myriad cultural geographies. Yet his work is also idiosyncratic, personal, of a particular historical moment-the politically conservative 1980s and the height of the AIDS crisis. To comprehend his work as both timeless and timely, as an amalgam of a perfect world and an imperfect moment, is to grasp the essential need to make art, to write history, and to contemplate both.”

“It’s remarkable that it has been 25 years since Mapplethorpe’s exhibition and the national uproar, and we are thrilled that the symposium is taking place right where it all started,” said Contemporary Arts Center Director Raphaela Platow. “Showcasing Mapplethorpe’s work elevated the CAC to a national platform as a place that fought for new projects and ideas. What many don’t realize is at the time, that was a very risky statement for an institution to make.”

Robert Mapplethorpe was born in 1946 in Floral Park, Queens. He studied drawing, painting, and sculpture at Pratt Institute in Brooklyn. Influenced by artists such as Joseph Cornell and Marcel Duchamp, he also experimented with various materials in mixed-media collages, including images cut from books and magazines. He eventually began producing his own photographs with a Polaroid camera and in 1973 received his first solo gallery exhibition titled “Polaroids” at the Light Gallery in New York City. Two years later he acquired a Hasselblad medium-format camera and began shooting his friends and acquaintances, some of which were involved in the New York S & M scene-by the late 1970s, he grew increasingly interested in documenting that scene. In 1986, he was diagnosed with AIDS. Despite his declining health, he continued to make strides in his career, including his first major American museum retrospective at the Whitney Museum of American Art in 1988. Mapplethorpe passed away in 1989, but his legacy lives on through his work, which is represented by galleries and in the collections of major museums around the world.