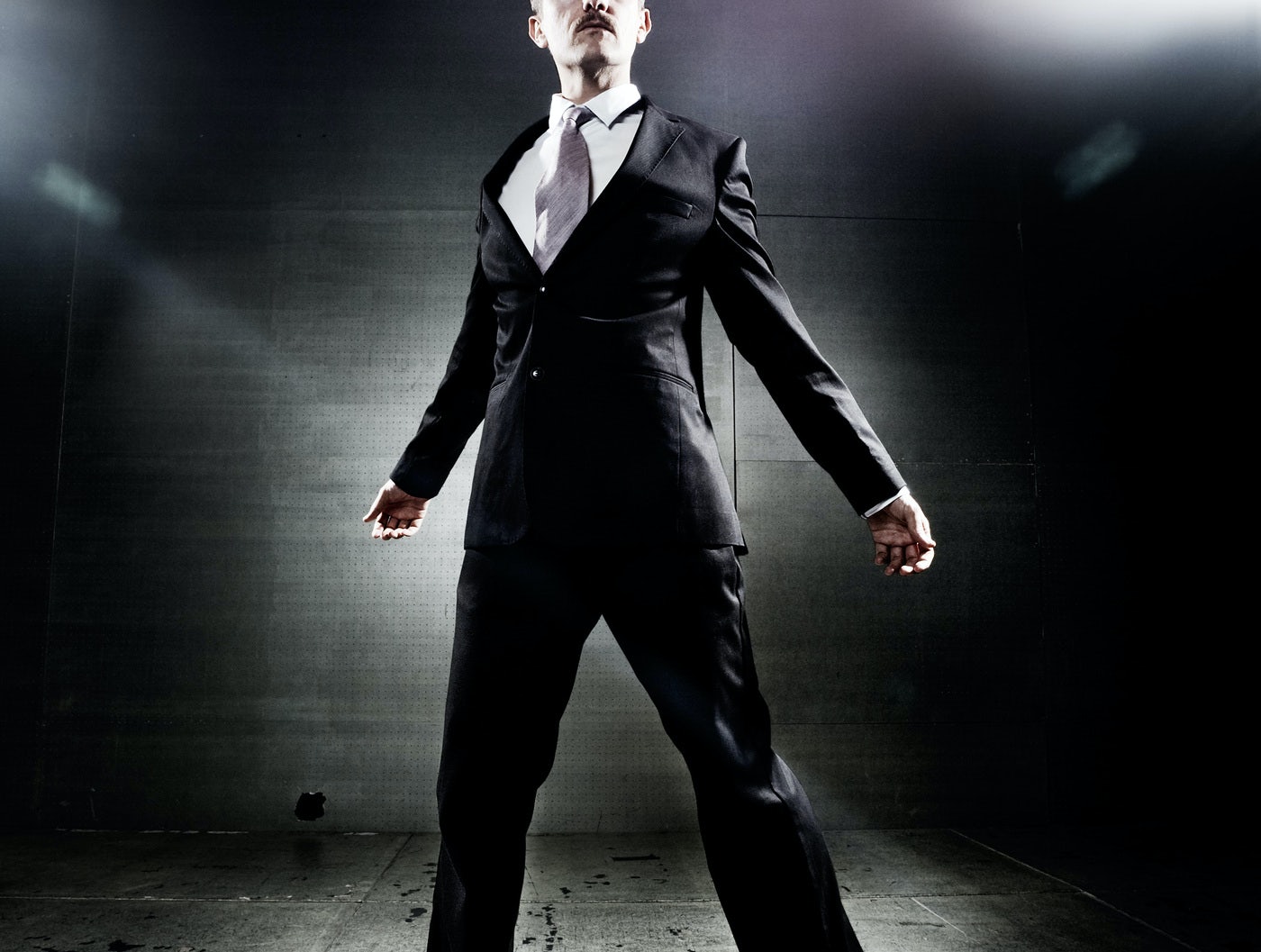 The audience is seated. A man comes on stage. Now he speaks. Now he moves. A woman gives the man signs. The man keeps speaking. Speaking about war and peace and his efforts to replace one with another. And he doesn´t stop moving. And the world keeps on turning.

In Your Majesties, choreographer and translator Marta Navaridas transfers the legendary Nobel Lecture by President Barack Obama, which he gave on the occasion of the award of the Nobel Peace Prize in Oslo on October 9, 2009, into a choreographed work of art.

Like a gesticulating teleprompter, Navaridas stands opposite Deutinger while he gives Obama’s original speech and continually allows the political gestures to turn into personal ones. With his movements, which initially support the emotionality of the text and then become increasingly contrapuntal to the spoken word in the dialogue, he revives the American president’s address and thus brings a piece of world history up to date. In subtle ways, the techniques and the rhetoric of political speech are exposed and at the same time questions of the essence of war and the challenges of peace are negotiated.

Your Majesties won the Best OFF Styria Award 2010 and has been selected to the Priority List of the Aerowaves Dance Network for 2013.