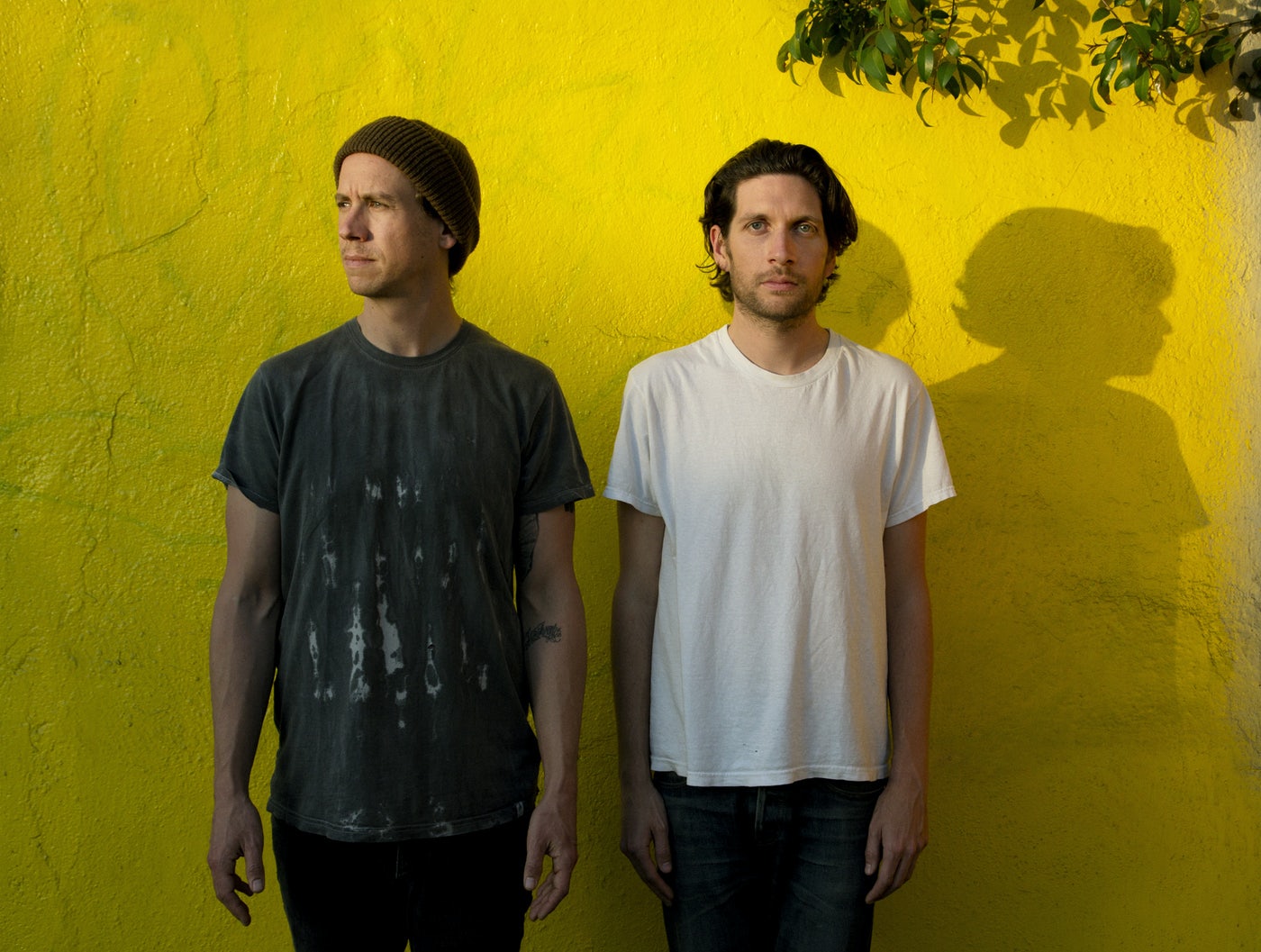 No Age is the duo of Dean Spunt and Randy Randall, worldwide glowing talismans for the DIY art-punk scene in Los Angeles. Their sound is epitomized by multiple layers of fuzzed-out guitars threatening to bury not only double-tracked vocals and pounding drums but each other, creating sonic environments both dense and nebulous. Behind three acclaimed albums, and an upcoming fourth album to be released August 20, 2013, their music has earned enthusiastic notice from an incredibly wide array of sources from Pitchfork to The New Yorker (“Let It Rip,” Nov. 19, 2007), and brought them an unexpected Grammy nomination (for “Best Recording Packaging” in 2008). No Age have risen from sweaty basement shows and art galleries to having their songs blast off the walls of institutions like the Museum of Modern Art (MoMA), New Museum, and Hirshhorn Museum, and performing at unconventional spaces both close to home and abroad.

This performance finds No Age and the CAC in a unique collaboration with the organization Visionaries + Voices, and design company We Have Becoming Vikings, packaging and releasing a limited edition CD and contributing to a stage design specific to this performance.