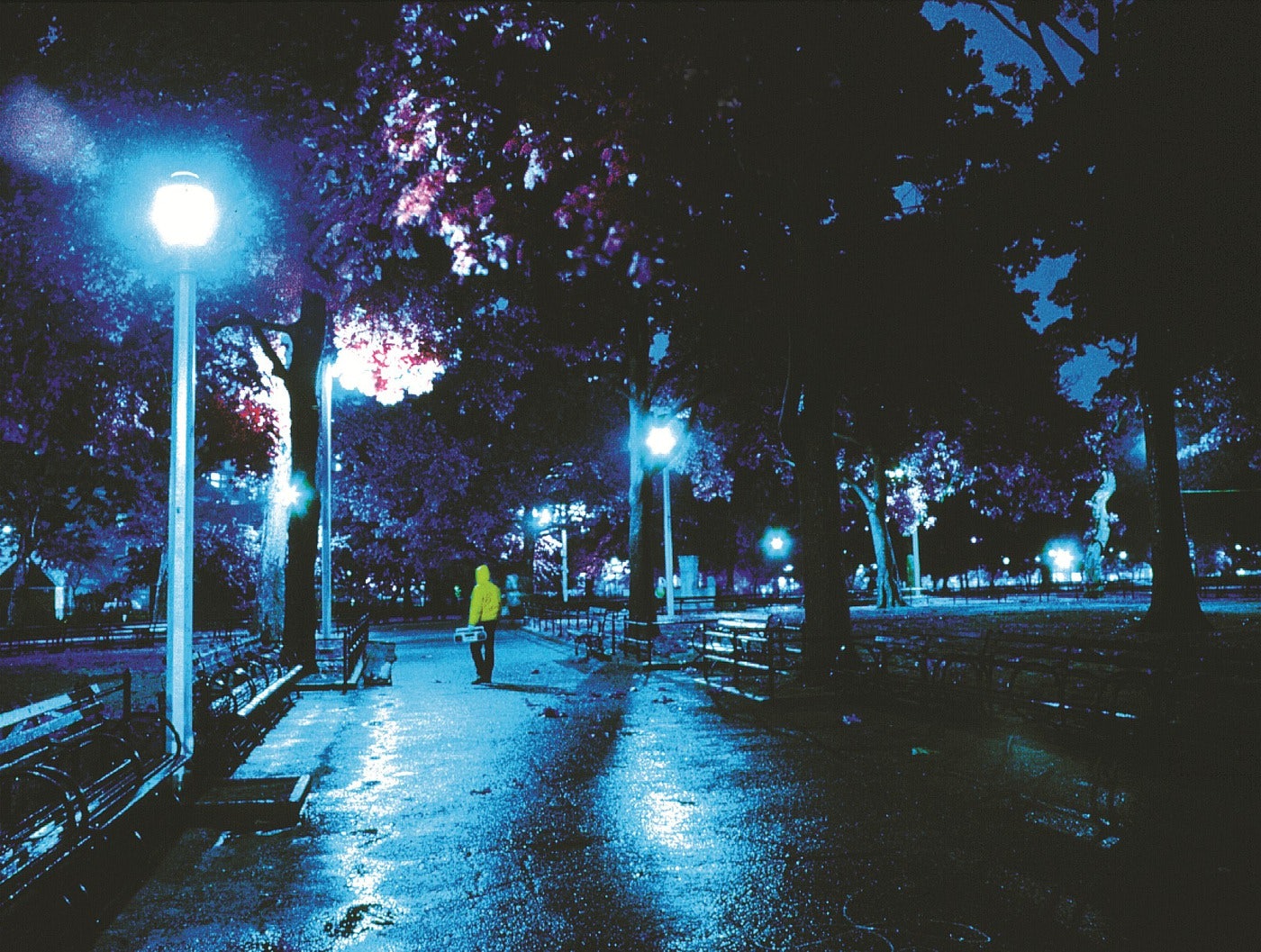 Unsilent Night is an original composition by Phil Kline, written specifically to be heard outdoors in the month of December. It takes the form of a street promenade in which the audience becomes the performer. Each participant gets one of four tracks of music in the form of a cassette, CD, or Mp3. Together all four tracks comprise Unsilent Night. The fact that the participants play different "parts" simultaneously helps create the special sound of the piece. Participants carry boomboxes, or anything that amplifies music, and simultaneously start playing the music. They then walk a carefully chosen route through their city’s streets, creating a unique mobile sound sculpture which is different from every listener's perspective.

It all started in winter 1992, when Phil had an idea for a public artwork in the form of a holiday caroling party. He composed a multi-track electronic piece that was 45 minutes long (the length of one side of a cassette tape), invited a few dozen friends who gathered in Greenwich Village, gave each person a boombox with one of four tapes in it, and instructed everyone to hit PLAY at the same time. What followed was a sound unlike anything they had ever heard before: an evanescence filling the air, reverberating off the buildings and city streets as the crowd walked a pre-determined route. Phil says: “In effect, we became a city-block-long stereo system.”

The piece was so popular that it became an annual tradition, and then an international phenomenon, spreading across the USA and to other countries worldwide. Since 1992, it has been presented in over 50 cities and four continents, drawing crowds of up to 1,500 participants in cities like New York and San Francisco.

About his inspiration in starting Unsilent Night, Phil says: “It was a combination of my love for experimental electronic music and memories of Christmas caroling as a kid in Ohio.”

"Unsilent Night immerses the listener in suspended wonderment, as if time itself had paused inside a string of jingle bells." - The New York Times