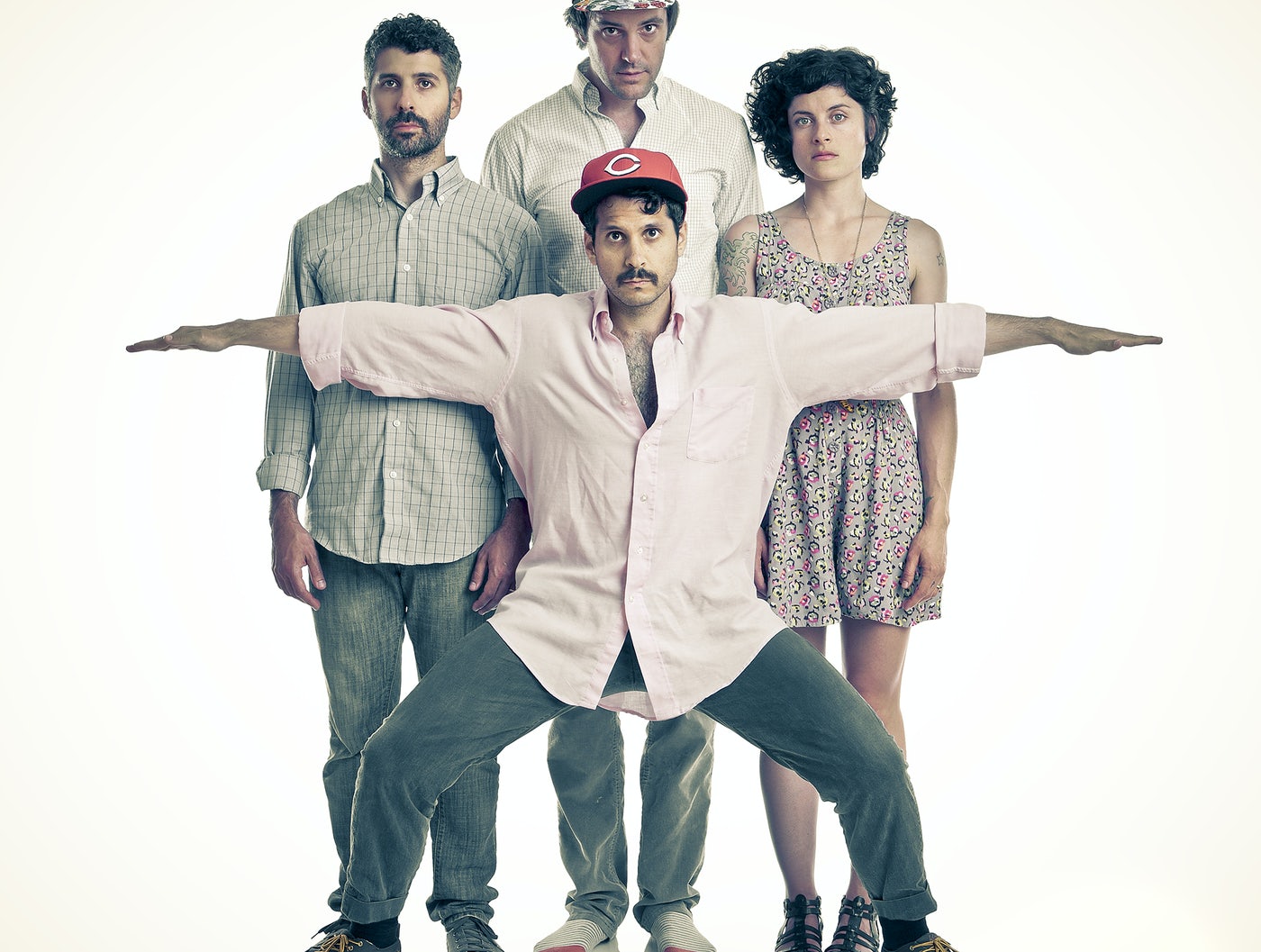 Three years after WHY? turned the oft-boxed music world on its cauliflower ear with a pair of odd pop stunners—Alopecia and its quieter cousin Eskimo Snow—these meticulous and morbid Midwestern men return refreshed, a new album in the holster and an EP for your immediate enjoyment. Sod in the Seed is a scion of the WHY? to come. Sure, there's familiarity to glom to: psych-warped sunshine choruses, folksy jangle, internally knotted rhyme schemes, confessionals cut with wry wit and crude details. But these new songs also signify a general toughening up: Yoni Wolf, Josiah Wolf and Doug McDiarmid in the pocket, the unbreakable rock core at the center of a spinning ball of sound.

Far from their native Cincinnati, the band spent a month and a half in the Denton, Texas, studio of Centro-Matic's Matt Pence, and wrangled an ace crew of University of North Texas gunslingers to exact their wilder schemes: woodwinds, horns, strings, a choir. While the interim between WHY? releases found the fellas turning out intimate tunes for lucky fans (via their Golden Ticket contest) and intricate beats for rapper Serengeti's praised Family & Friends LP, Sod in the Seed marks a genuine culmination. Here, the "blundering braggart" and his right-hand dudes detail dastardly deeds and hopeless romanticisms over a colorful and living score. Produced by the Wolf brothers and mixed in Atlanta by Graham Marsh (Cee-Lo Green, Katy Perry) with Yoni, every song pops exactly as it should, smearing genre with pointed intent until the end result is a gorgeously articulated work of unusual artistry and catchiness—a WHY? record, of course.