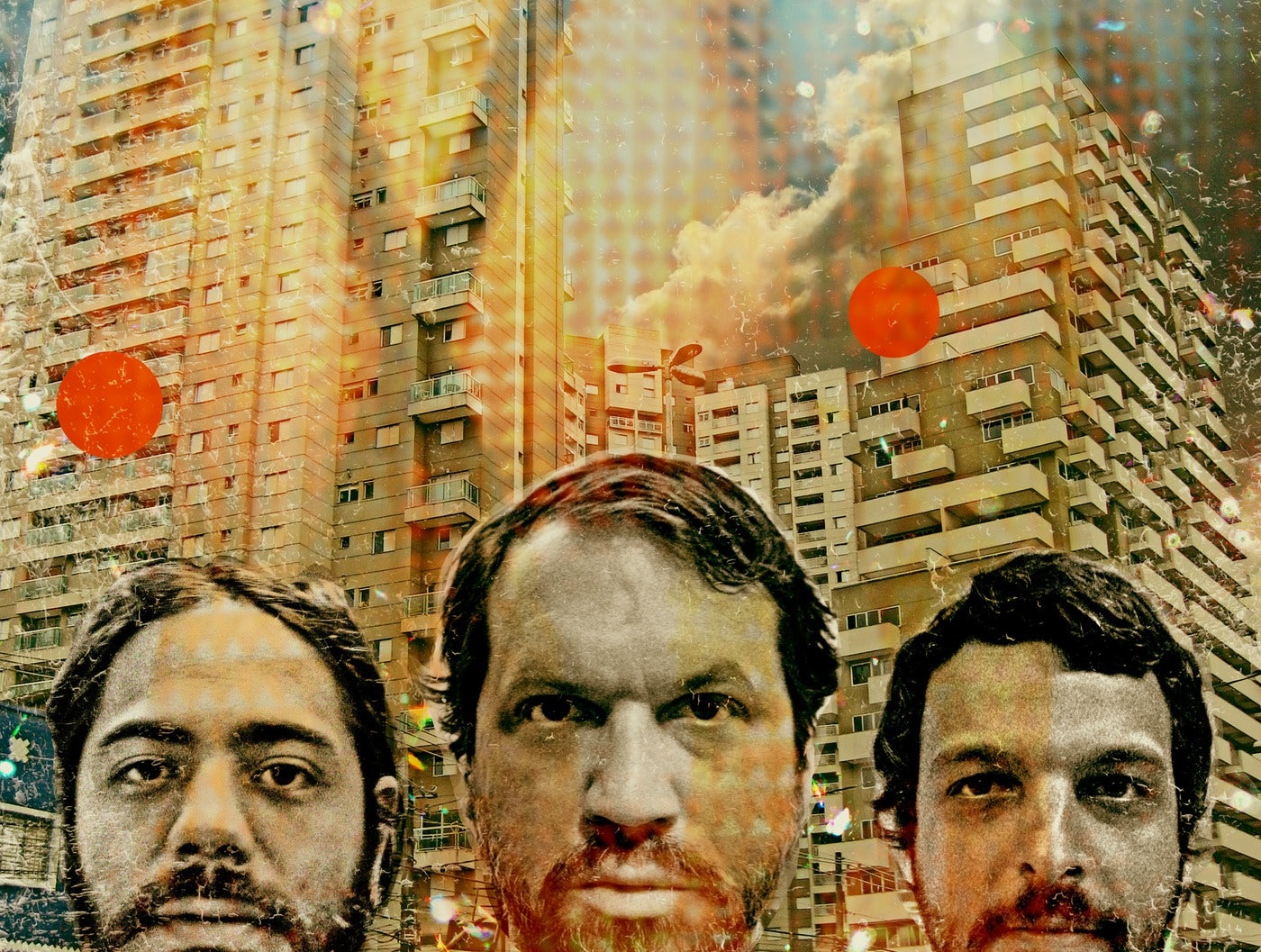 Rob Mazurek leads, composes for and performs in São Paulo Underground, Chicago Underground, Exploding Star Orchestra, Rob Mazurek’s Sound Is Quintet, and Starlicker. While managing and developing these and other ensembles in Chicago, Rob spent several years living in the Brazilian Amazon. During this time, he would occasionally travel to the thriving cultural and economic metropolis of São Paulo. It is here that Rob met Mauricio Takara and Guilherme Granado, among other members of the city’s rising underground music movement.

In 2006, São Paulo Underground released its debut album, Sauna: Um, Dois, Três, to much international acclaim, and began performing live as a duo in the U.S., Europe and South America. In 2008, they released The Principle of Intrusive Relationships, which was listed among the Top 50 Records of 2008 by The Wire. The group released its third album, Três Cabeças Loucuras, on Cuneiform Records in October 2011.

To describe the music the quartet creates is futile. São Paulo Underground embodies a fascinating musical mixture of SunRa-esque cosmic noise and rhythms and phrasing from samba, maracatu, rock and free jazz traditions. On Três Cabeças Loucuras, Mazurek’s hard-driving hailstorm of cornet lines collides with the polyrhythmic percussion and electronic textures of his Brazilian compatriots, a new paradigm is created, where Brazilian grooves, ambient atmospheres, and post-bop harmonic leaps come together for a vital, vibrant feel.

"Limitless in its possibilities" – Rolling Stone