Protest Art of the 2017 Women's Marches

As soon as she knew there would be a Women’s march on Washington, Sara M. Vance Waddell began reaching out to artists with the aim of collecting words and images to populate her home gallery as objects of resistance. Soon thereafter, she enlisted the help of independent curator and art critic Maria Seda-Reeder, Wave Pool Gallery’s Executive Director and social practice artist Calcagno Cullen and the Contemporary Arts Center’s Learning and Programs Director Jaime Thompson, to round out their mission: keeping the words and images of progressive activists and allies in the minds and hearts of the public.

Realizing that this project is about elevating the voices of participants, the team reached out to artists and writers to comment on and further deconstruct the various issues surrounding the march. With essay contributions from artists like Dr. Carolyn Mazloomi, Micol Hebron and Noel Anderson, the FemFour put together a 190+-page color catalogue, from which all proceeds benefit Heartfelt Tidbits, a Cincinnati-based non-profit refugee service organization.

The objects included in this living archive are by artists, craftspeople and amateurs alike; and each new iteration of Still They Persist is curated to center the public policy issues that are currently living in the hearts and minds of the public. The mission of every show is to keep the words and images of progressive activists and allies in the minds and hearts of the public—giving people hope for a better future.

As part of the public opening reception on October 11, participating artist and honorary FemFour member Carolyn Mazloomi will give a brief talk. 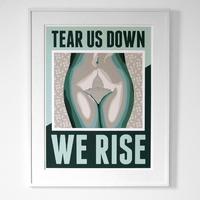 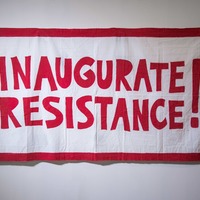 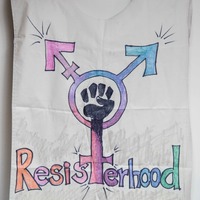 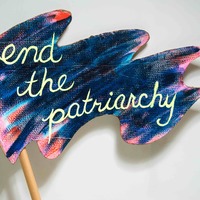 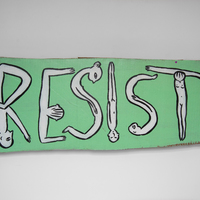