Curated by Steven Matijcio; Organized by the Contemporary Arts Center

Noel Anderson is a Louisville, Kentucky-born artist and was an influential professor at the University of Cincinnati from 2011-2015. He currently lives in New York and is known for circuitous investigations into the evolving make-up of black male identity via the historically revered medium of textiles. From tattered old rugs to mechanically-produced tapestries, Anderson embeds a spectrum of fibers with found images and physical usage just long enough to fray their edges and challenge their legibility. Blak Origin Moment continues this course as Anderson pushes his study into the fraught post-Ferguson era of Black Lives Matter and heightened racial tensions in the United States. Prompted by the provocative question, “when did you know you were black?” he collects oral, artifact-based and visual histories to ultimately restructure the origin and genealogy of black consciousness. The works in this show attempt to locate an elusive black essence by way of images, sound, and objects which, for Anderson, “evoke moments where racial recognition is heightened,” but resolution is deferred. In the work STOOR, Anderson wistfully reverses the playback (and narrative) of the iconic 1977 TV miniseries ROOTS to return to some form of “origin” state and counter the abhorrent history of slavery – producing an uncanny document where the language is woefully garbled. Amidst labyrinthine sheets of black rubber suspended from the ceiling, an upended police barricade and surreal portraits that fuse the victims and agents of recent police shootings into single faces, Blak Origin Moment collectively frustrates the access, clarity and definition we desire. Instead, Anderson highlights a contingent state of identity, the plurality of “blackness,” and encounters that are as poignant as they are partial. Noel Anderson: Blak Origin Moment is Anderson’s first solo museum exhibition in Ohio.

Noel Anderson is an Assistant Professor at NYU’s Art and Art Professions Department in Print Media. He holds a Bachelor of Fine Arts from Ohio Wesleyan University, a Master of Fine Arts from Indiana University in Printmaking, and a Master of Fine Arts from Yale University in Sculpture. Anderson was recently included in the Studio Museum of Harlem’s exhibition Speaking of People: Ebony, Jet, and Contemporary Art, which included an internationally published book. He held an appointment as a Visiting Lecturer at Vanderbilt University, and was also a recent Visiting Artist and Lecturer at the Ecole Nationale Superieure des Arts Decoratifs in Paris, France. 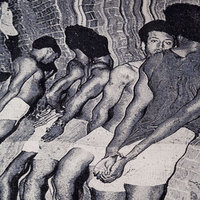 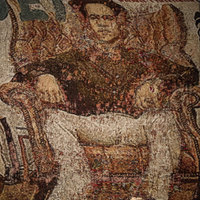 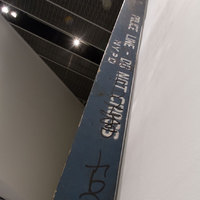 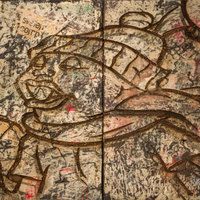 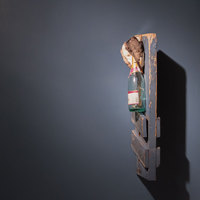