Presented by the CAC, in conjunction with the Columbus Museum of Art

The I-71 Project unites two major art institutions across Ohio—the Contemporary Arts Center in Cincinnati and Columbus Museum of Art—to present art on billboards (and other road signage) that both mimics and critiques the theater of red-versus-blue politics during the U.S. presidential campaign. I-71 extends from artist Anne Thompson’s celebrated Missouri-based I-70 Sign Show, which was recognized nationally for presenting billboard-based works by internationally acclaimed artists.

The respective banners acted as provocative, but non-partisan commentary on the culture-war messages that proliferate on Interstate 70 between St. Louis and Kansas City. Contemporary Arts Center Curator Steven Matijcio looks forward to bringing the project to Cincinnati in a very public forum, praising Thompson for “replacing the heavy-handed rhetoric so prevalent in election years with enigmatic texts that can open up new avenues of political thought.”

Starting September 1st, Thompson’s project “travels” from Missouri to Ohio to engage the literal and symbolic landscape of a key battleground state during an extraordinary election. I-71 features work by Lisa Anne Auerbach and Glenn Ligon alongside that of three artists brought from the Missouri Sign Show—Mel Bochner, Ryan McGinness, and Kay Rosen. During the run-up to Election Day, a variety of billboard-based artworks will appear in stages in the downtown areas of Cincinnati and Columbus and along the Interstate corridor that connects the two cities.

I-71 launched with Rosen’s BLURRED, an iconic image that embodies the project’s playful critique of partisanship and polarization. You can see the BLURRED billboard during the month of September from vehicles traveling south on I-71 near Rookwood Commons at the Smith Road exit. Off the interstate, it is visible to traffic and pedestrians at the corner of Edwards Road and Markbreit Avenue. Thompson notes, “In Missouri, Rosen’s work spoke to red-blue conflicts generally but in Ohio, at this particular moment, it points out how political divisions can shift in surprising ways and how our opinions might not be as straightforward as they appear — or as we believe them to be.”

The other two artworks Thompson brings from Missouri similarly emphasize a potent shift in context while also serving to connect Cincinnati and Columbus.

For the duration of the project, Ryan McGinness’s Re-elect Skull & Bones appears on a dramatic panoramic billboard (21 x 60 feet) on I-71 North, halfway between Cincinnati and Columbus. You can find the sign about three miles south of exit 45 for Waynesville/Wilmington (GPS 39.4557, -83.9952). Styled as a political ad, the work displays a symbol associated with tombstones, poison, pirates, and a Yale secret society whose former members include U.S. politicians of both parties. Complex and compelling in its many possible meanings, Re-elect Skull & Bones urges rebellion and interrogates our democracy as a closed circle. Re-elect Skull & Bones campaign buttons and bumper stickers­ will be available in both cities.

Mel Bochner’s signature BLAH, BLAH, BLAH motif appears in Ohio for the first time in sculptural form, installed on the flashing, digital LED message boards more commonly seen at construction sites. During the month of October, the work will appear in the downtown areas of Cincinnati and Columbus. Both aggressive and nonsensical, this temporary sculpture continues Bochner’s career-long investigation into the potency and limitations of language and, in the election context of Ohio, forms a wry commentary on the state of public discourse and our capacity to listen.

The project builds to its culmination in Cincinnati with nine billboards dispersed in neighborhoods inside the 275 loop from October 16 to November 6. Glenn Ligon and Lisa Anne Auerbach join the project at this stage, each with a series of works on three signs. Auerbach translates political slogans from historical American elections into patterns emblazoning knit sweaters, while Ligon turns renditions of the word “America” into neon signs that wrestle with the political connotations of black and white. Kay Rosen continues with BLURRED in new location and two complementary works.

CAC Director Raphaela Platow emphasizes, “This project allows us to intersperse the poignant visual voices of artists into the political discourse during the most polarizing general election in the history of the United States. The CAC is an important platform for open, uncensored community dialogue around the most important issues of our time. The I-71 Project is a great example among many others this season of how we navigate contemporary culture for our audience and provide novel perspectives on these issues that are both challenging and necessary.”

The I-71 project is made possible by generous support from Jennie Rosenthal Berliant.

Below are public programs supporting The I-71 Project

Exhibition of photography and video by Anne Thompson documenting The I-70 Sign Show in Missouri.

In this talk, artist and Cincinnati-native Anne Thompson will discuss her organization and activation of billboard artworks by renowned artists into politically charged terrain along the U.S. Interstate. Her I-70 Sign Show, launched in April 2014 in Missouri, has drawn national attention for presenting images by artists including Marilyn Minter, Ed Ruscha and Mickalene Thomas. Thompson will detail the thinking behind installations in Ohio for the I-71 Project by artists Lisa Anne Auerbach, Mel Bochner, Glenn Ligon, Ryan McGinness and Kay Rosen – elaborating on the potency of these works in the literal and metaphorical political landscape of a key battleground state.

Thompson is a visual artist, writer and curator. In addition to founding and curating The I-70 Sign Show, she photographed hundreds of existing billboards on the Missouri interstate. This conceptual archive, along with documentation of billboard installations, is on view from Oct.14 – Nov.13 as part of The I-70 Sign Show Exhibition in the CAC lower level lobby.

Thompson has been awarded fellowships from the Donald W. Reynolds Journalism Institute at the University of Missouri; Epicenter, in Green River, Utah; the Women’s Studio Workshop, in Rosendale, NY; and the DAAD (German Academic Exchange Service). Her artwork is in public collections including MIT, Harvard, the Library of Congress, the New York Public Library and the Yale Art Gallery. Thompson is a contributing reviewer to Artforum and before receiving her MFA (Yale 2002) was a foreign correspondent for The Associated Press. She lives with her husband and daughter in Columbia, Missouri.

This fascinating anthology, updated to include advertisements from the 2016 campaign, documents the selling of the American presidency since the 1950s. Compiled by media artists Muntadas and Marshall Reece, the evening will include a panel discussion with the artists and local news programmers.

SEPTEMBER / OCTOBER on I-71 corridor between Cincinnati and Columbus 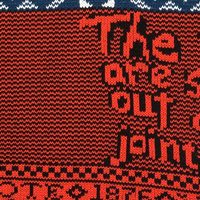 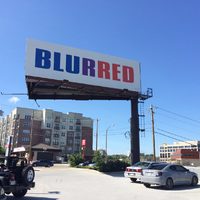 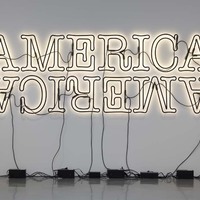 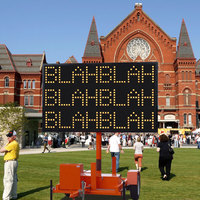 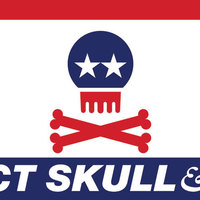