Shall I tell you the secret of the whole world?

add to calendar
Shall I tell you the secret of the whole world?
close
< >

Shall I tell you the secret of the whole world? Painting, Parody & Disguise
March 29 – September 14, 2014
Curated by Michael Stillion

“Man is not what he thinks he is, he is what he hides.”

The work of Columbus-born, Cincinnati-based artist Michael Stillion revels in the delirious disguise, pushing notions of both masquerade and refuge to extreme, theatrical ends. His primary medium – painting – has been caught in a bind for decades: widely practiced, yet dismissed by many in the art world (including the very architect of this building).

The “Death of Painting” has subsequently become a tired refrain of 21st century art theory, even as the supposed funeral shroud becomes a tantalizing curtain to the next act. That which was left for dead, re-emerges in alternate forms of, and beyond canvas and brush. This exhibition assembles artists from, or currently based in Cincinnati who turn camouflage, costuming and misdirection into vehicles for resistance and revelation. Smiling coyly behind the mask with tongue in cheek, this work revels in carnivalesque contradiction: pushing secrets and chagrin into an unfamiliar spotlight. 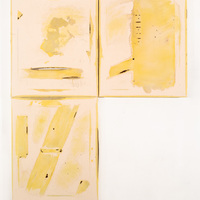 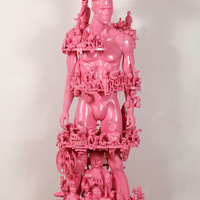 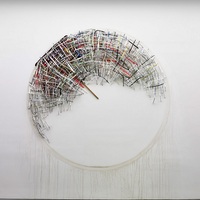 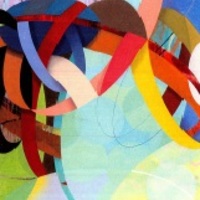 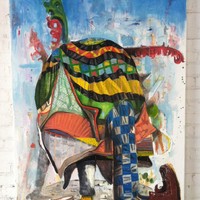