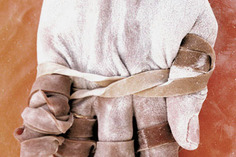 Confinement: Politics of Space and Bodies 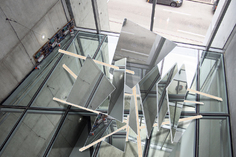 Cinema at the Center: BLINK Festival

add to calendar
Cinema at the Center: BLINK Festival
close
< >

Seating is limited, please reserve your spot by clicking here!

Movie: The London Police, Dogumentary, 2013, 17’45”, documentary
In 2013 The London Police Dog Singers aka Chaz, Bob and Chinny Bond set off on a desperate quest to promote their waning pop career, only to end up saving the dogs of the world (Almost). This rich and confused production lovingly filmed by Wayne Horse features exotic locations such as Amsterdam, Eindhoven, Rome and Tirana. The London Police would like to thank the Corey Helford Gallery of Los Angeles for their support.

Movie: Gabriel Carrer and Angus McLellan, Underbelly, 2018, 83’, documentary
From early 2009 to mid-2010, the Underbelly Project was the world's best-kept urban art secret. This documentary explores the project with the world's leading urban artists, such as Logan Hicks, Ron English, Swoon, The London Police, Faile, Revok, ROA, Shepard Fairey and many others. Making late-night trips to an abandoned New York City subway station right below a police station, the curators Workhorse and PAC share details with other artists 'about their secret expeditions.