Sreshta Rit Premnath (b. 1979, Bangalore, India; lives in Brooklyn, NY) is an artist and the founding editor of Shifter, an issue-based journal focused on contemporary art, creative writing, and critical theory. His work has been the focus of solo exhibitions at Spaces,

(2019), among others. He has participated in group exhibitions including The Matter

Münster (2019), and The Protest and the Recuperation , Wallach Gallery, Columbia

University, New York (2021), among others. He holds a BFA from The Cleveland Institute

Fine Art at the Parsons School of Design in New York. 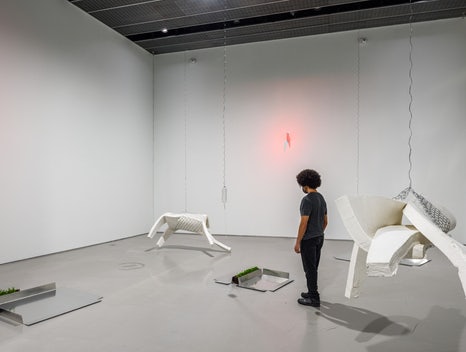 For his solo exhibition at the CAC, Premnath explores how shared spaces of growth and care, such as community gardens or nurseries, can be embedded within dehumanizing spaces of control or discipline.