Karl Blossfeldt (1865–1932) taught plant modeling at the School of Applied Arts in Berlin. For over three decades he photographed details of plants as teaching materials for his students. With the publication of Urformen der Kunst in 1928 (published in 1929 as Art Forms in Nature by Anton Zwemmer in London and Erhard Weyhe in New York) his plant images came to be regarded as masterworks of modern photography. They were shown in some of the most famous avant-garde photography exhibitions in museums and galleries in Europe and the USA and reproduced in countless magazines. In 1929, at Dorothy Warren’s gallery in London, Blossfeldt’s botanical photographs were juxtaposed with Francis Bruguière’s photographic abstractions. This encounter between biomorphic shapes and abstract compositions sheds new light on the adoption of Blossfeldt’s work by the “ultra-modernists,” as one reviewer called Bruguière’s circle. Blossfeldt himself, however, did not travel to London and never came to understand the avant-garde’s enthusiasm for his images. 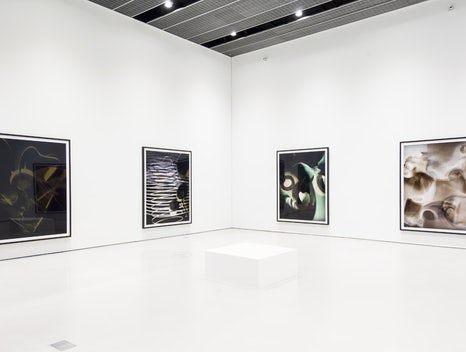